So we have recently made the decision to stay in New Zealand permanently and become actual grown ups at last! That means it’s time to make some changes.

One of these changes is our apartment, I no longer view it as a temporary stop over, it’s now a more permanent home in my mind so I decided to finally treat it like a real home and go on a cleaning spree…well more like a cleaning rampage actually.

Unfortunately I feel that there is one thing about the apartment that is holding me back from my quest to be a real grown up… Anyone that follows this blog will know that there is a kayak in my living room. A large yellow kayak. I hate the kayak and Gerry likes the kayak, therefore there is a large kayak in our living room. While Gerry disagrees with me, I personally believe that grown ups do not have kayaks in their living rooms!

I set out on my cleaning rampage in an effort to make the apartment into a proper home. I hoovered, I scrubbed, I spent a lot of money on throws and pillows for the couches and yet…there was still a large yellow kayak in my living room. 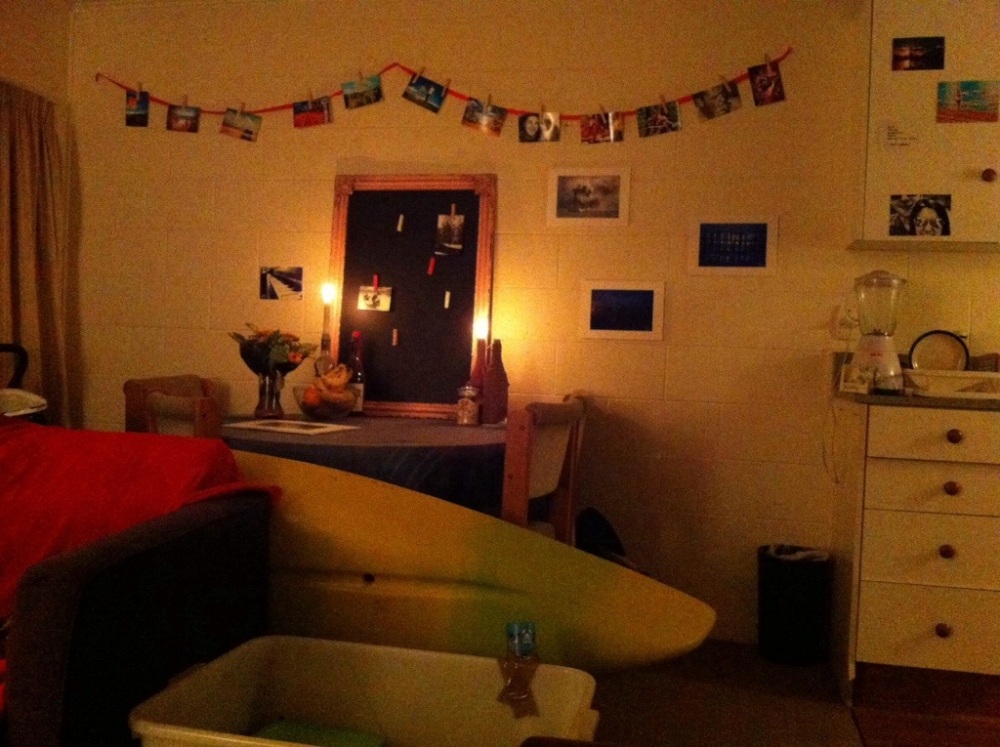 I stocked up on yummy teas, I put out scented candles, I bought vintage furniture pieces, I filled the walls with photos and photography…and yet…and yet the kayak remained, starring up at me from it’s not so subtle resting place between our table and our couch.

I put a book shelf in the bathroom, I bought a fluffy luxurious throw for the bedroom, new towels were purchased, wine glasses were polished…and yet….the large yellow kayak continued to watch me smugly as it obstructed a large portion of my living room. 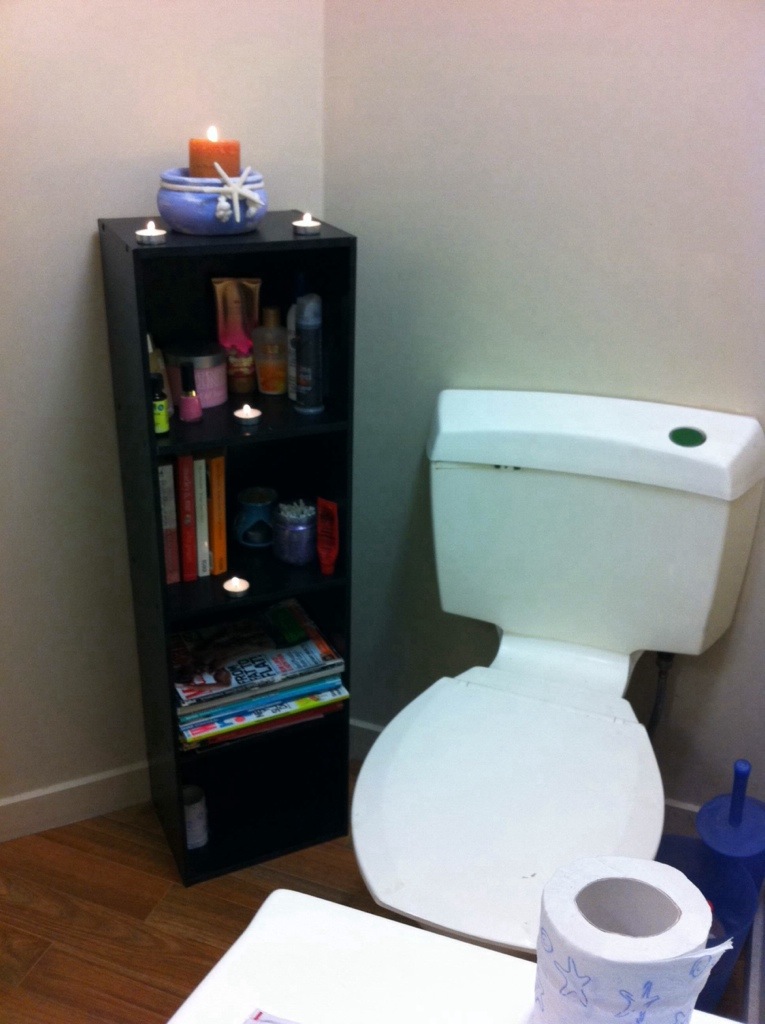 However, being the good girlfriend that I am, I continued to tolerate the kayak. Until today…

Winter is well and truly coming in New Zealand and today I found myself shivering in my living room. Gerry had just gotten in from work and he was napping (snoring) on the couch. I decided to turn on the heating. Thanks to our lovely kayak I usually have to climb over the couch to get to the radiator, however Gerry was sleeping there so I had to climb Mount Kayak on my quest to get to the radiator instead. It was not an easy task. 10 minutes later, with my private parts well and truly wedged between a kayak and a table I decided enough was enough! If the kayak has to stay then I WILL find somewhere else to hide it!

Hmmmm maybe I can hide it under the bean bag….

Under the table perhaps?

Maybe as a new house for parsley? (She immediately peed in the kayak to show her support of my hatred of it, good girl parsley!)

You can hardly even notice it in the hall…

Maybe in the wardrobe…

Well if Gerry likes it so much then maybe he can share his side of the bed with it!

I have been defeated by a kayak.

I hate the kayak……