Queenstown u sexy beast u! 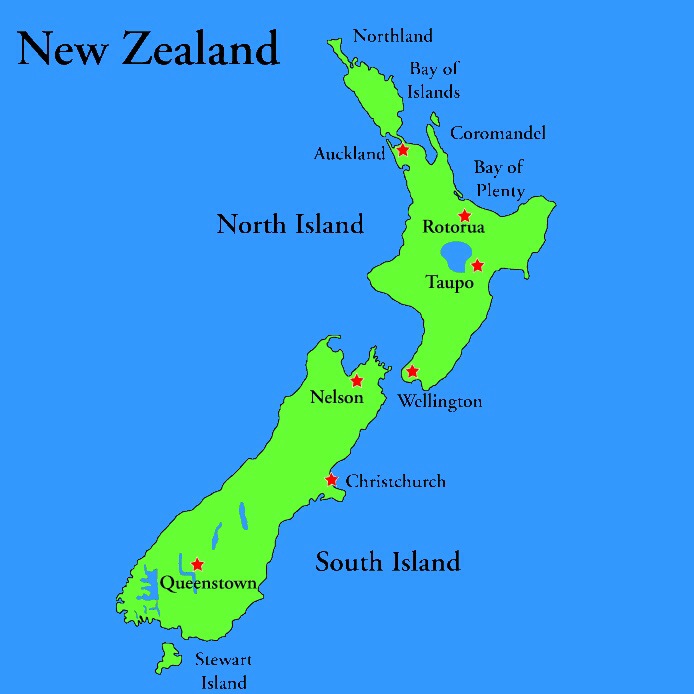 Ok boys and girls, it’s time to learn a little bit about one of my favourite places on earth. 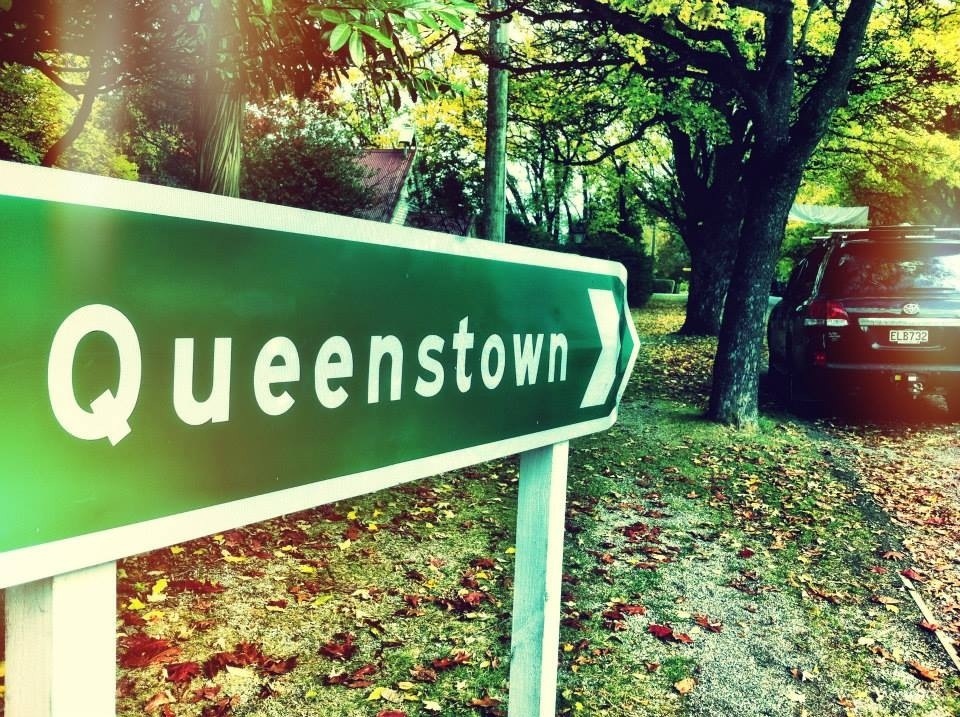 It was so nice and sunny yesterday so I decided to go for a long random walk. It was the first time I had done that in ages and it reminded me what a sexy beast of a place Queenstown really is! I fell in love with it all over again (I may have also gotten a touch of sunstroke…). 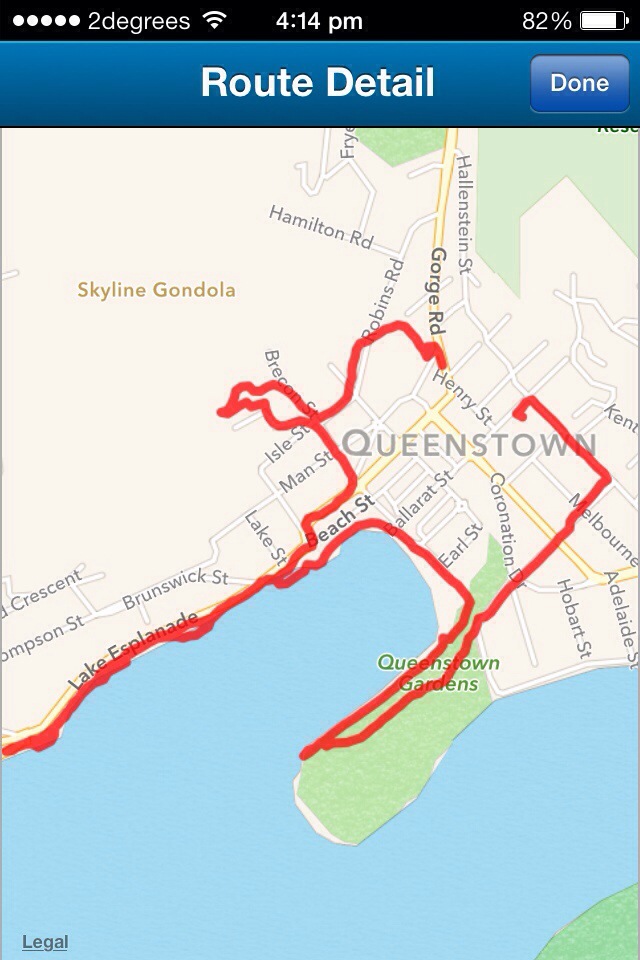 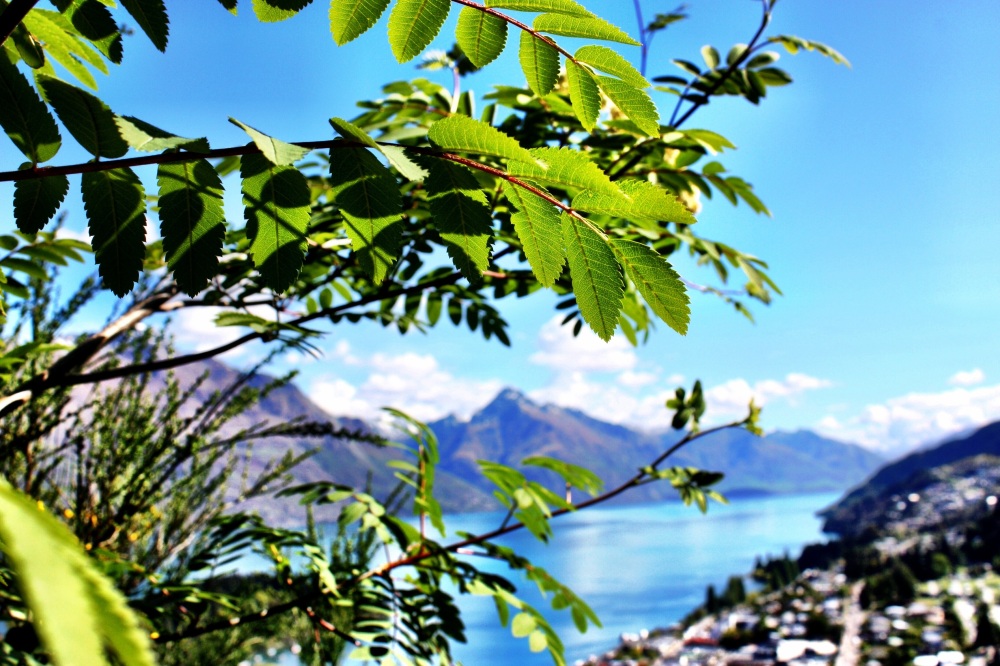 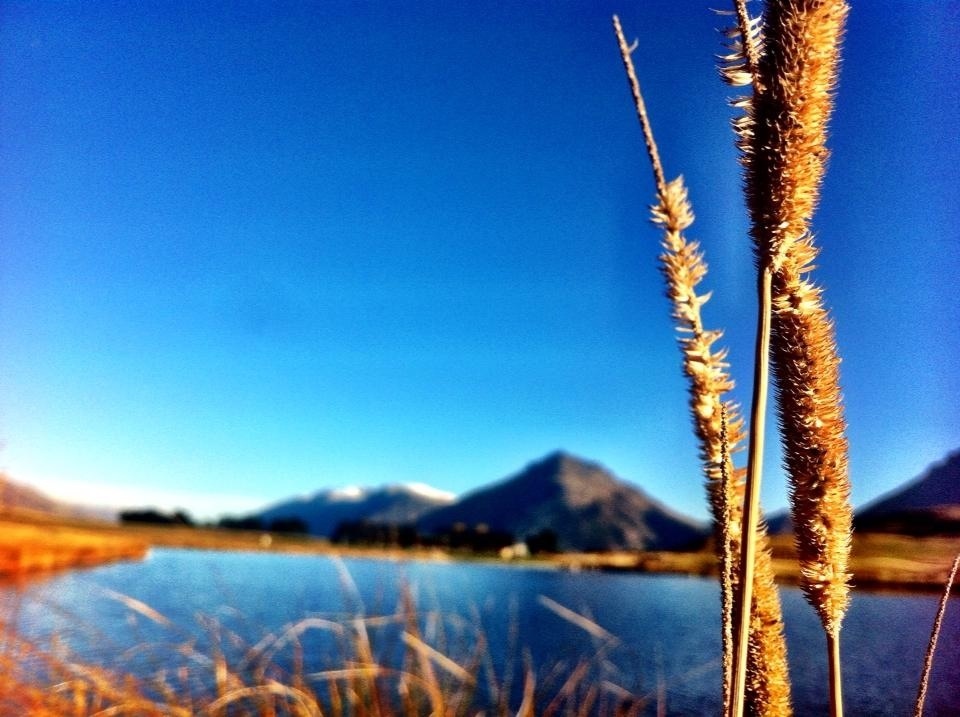 I wandered up towards the gondola first. There is an old cemetry right across from it which is actually ridiculously peaceful and quiet even though it’s right beside one of the busiest tourist attractions in Queenstown. I was the only one there at the time and even though it was day time and the sun was beating down, as I strolled around reading the old grave stones I couldn’t help jumping every time a bird darted out from under a bush near me. I actually think there might be some sort of secret bird society meeting place in the graveyard I was startled by a bird so often. Maybe they do it to unsuspecting tourists on purpose. All kinds of ghostly bird grave keeper stories started to fill my mind so I took some pics and continued my walk down towards the much more populated water side of Lake Wakatipu. 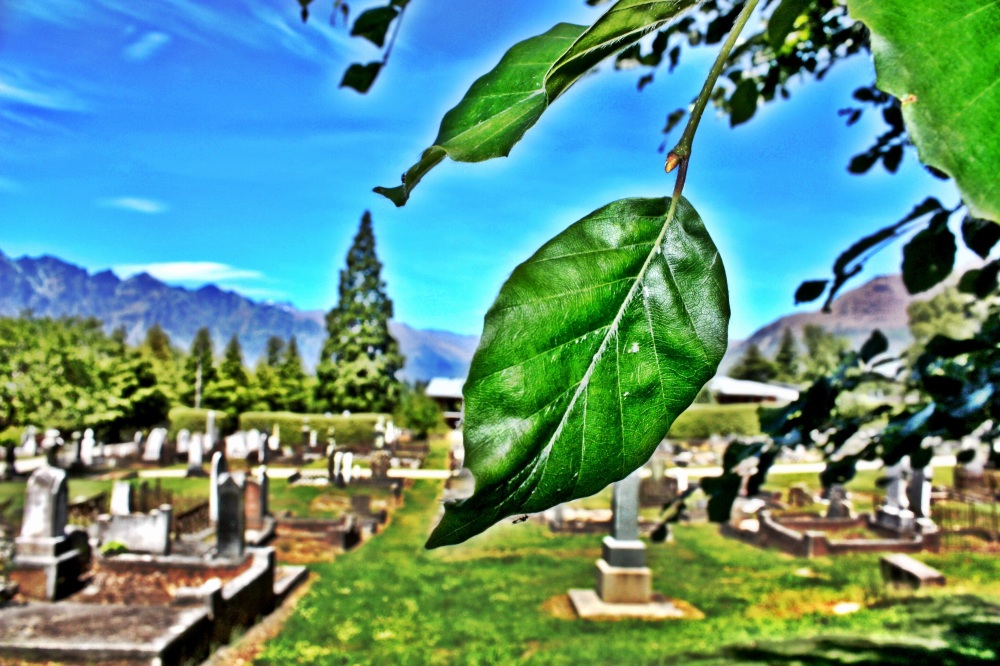 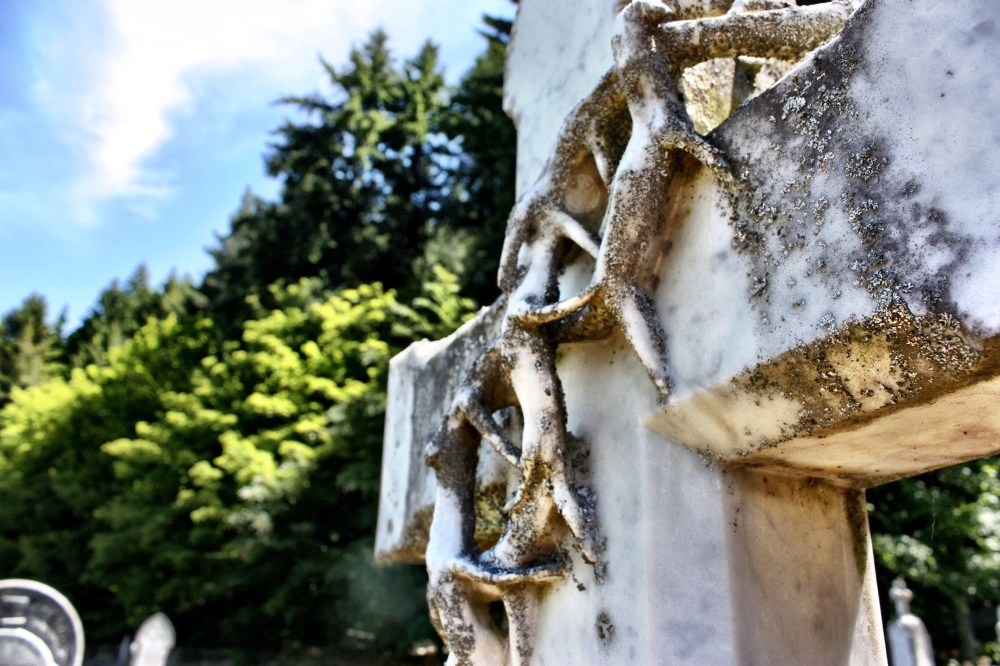 LEGEND: Legend of the Lake.
These deep waters of Lake Wakatipu harbour a legend of love, commitment, passion and murder. Manata was the beautiful daughter of a local Maori chief, who would not let her marry her beloved Matakauri.
One day, Manata was kidnapped by the terrible giant, Matau. Her distraught father promised she would marry whoever could rescue her. Here was Matakauri’s chance. Knowing the warm nor-wester would put the giant to sleep, he followed the wind to Matau’s lair in the mountains beyond. But he could not cut the cords that trapped her. Magically, the love in Manata’s sobs dissolved them and the pair escaped.
After they married, brave Matakauri decided to make the Wakatipu safe from Matau by setting fire to the giants bed of bracken during the next nor-wester. Fat from Matau’s body made a fire so intense it burned a hole more than 400 meters deep. Melted snow filled it to create Lake Wakatipu.
Legend has it only his heart survived and that it’s continuing pulse causes the lake to regularly rise and fall. Now you know why Lake Wakatipu is shaped like a giant curled up in sleep. There you see the grave of Matau. 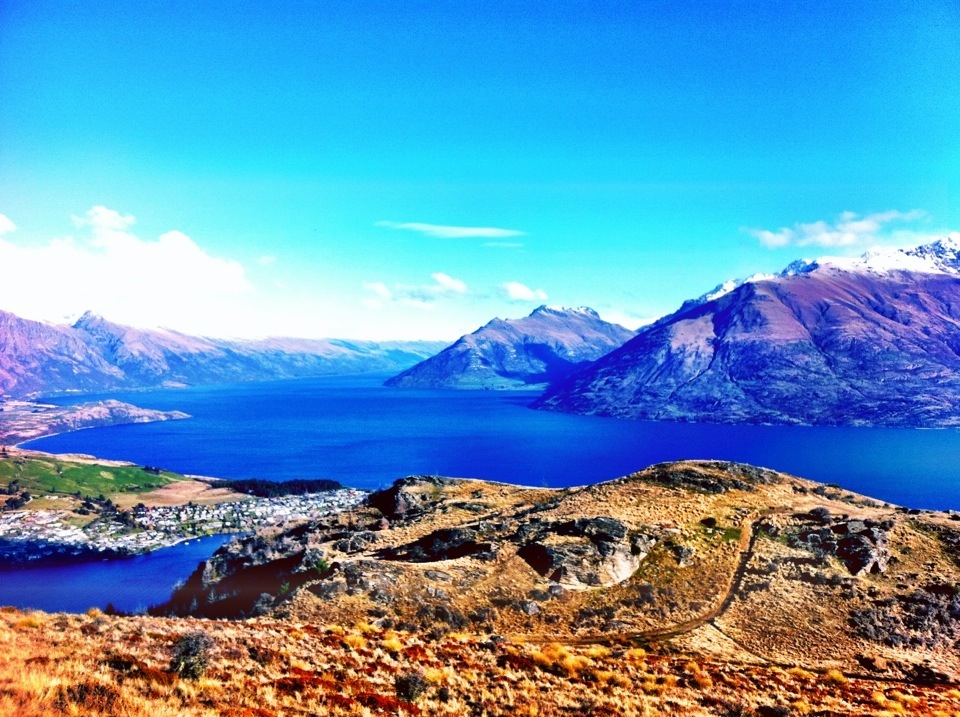 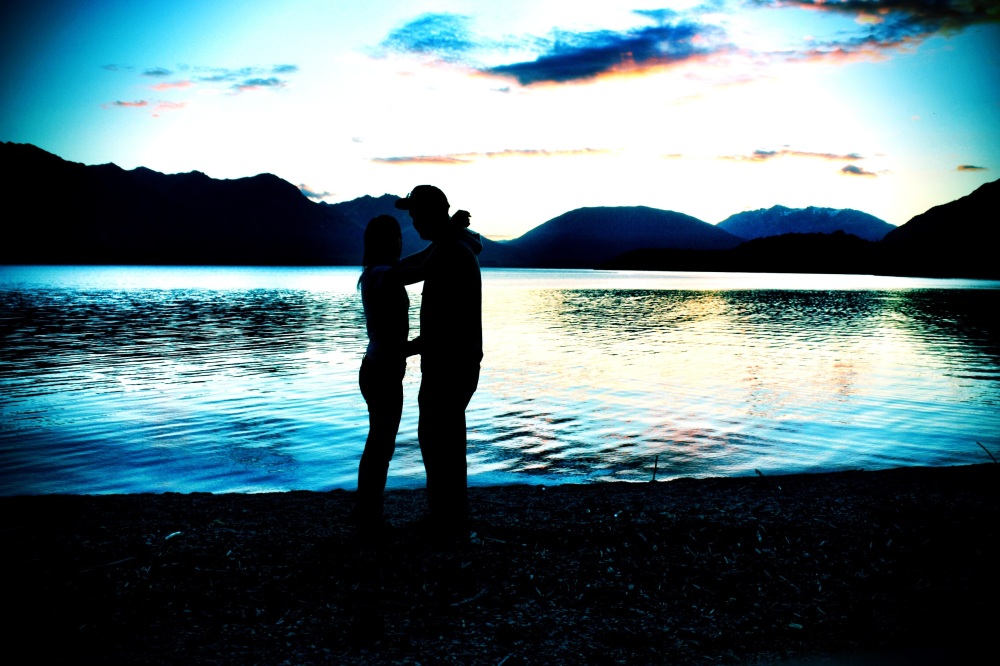 That’s some story for the grand kids. 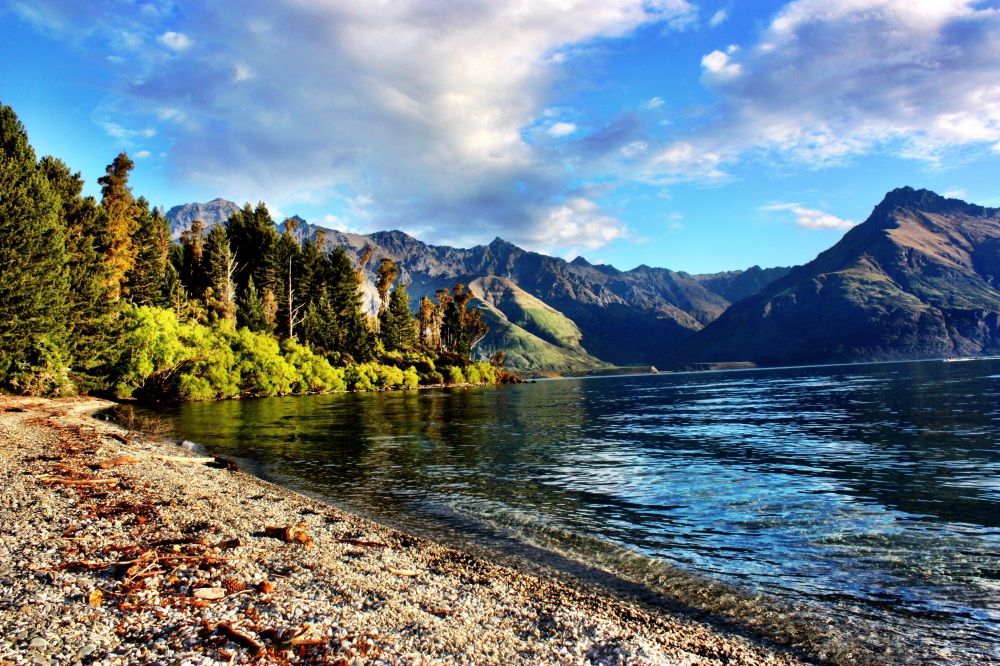 I had the new Hobbit movie soundtrack playing through my headphones and a big stupid smile on my face as I wandered around by the lake. The lake water looks so tempting and inviting when ur walking around in the hot sun but I learnt my lesson last Christmas Day when I jumped in and had to be dragged back out by a life ring after my lungs had a panic attack from how cold the water was. The lake is 80 km long, 1,239 ft deep and is never above 10 degrees Celsius. 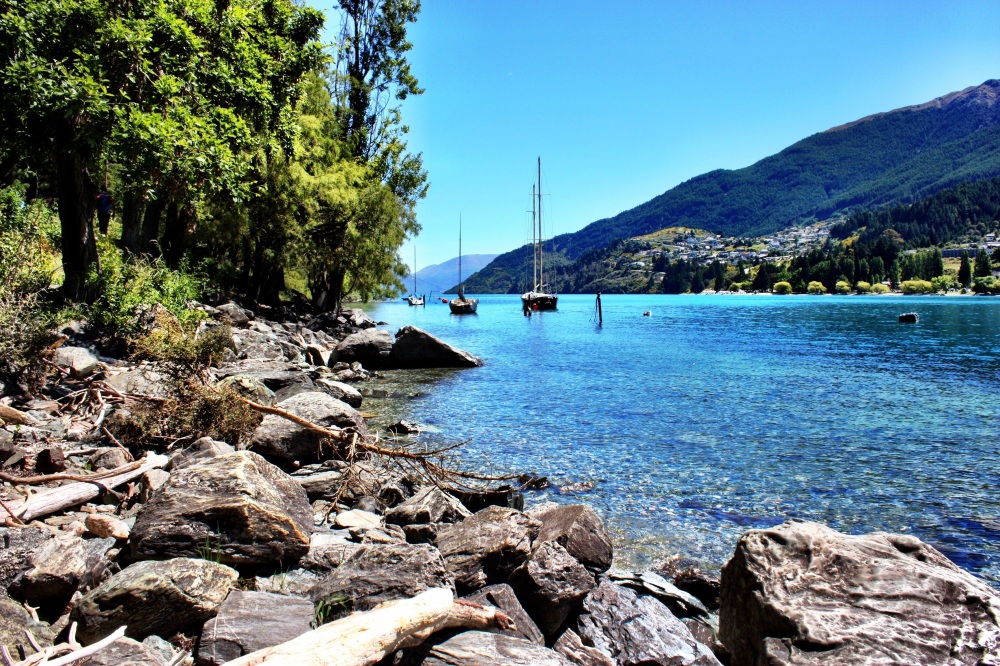 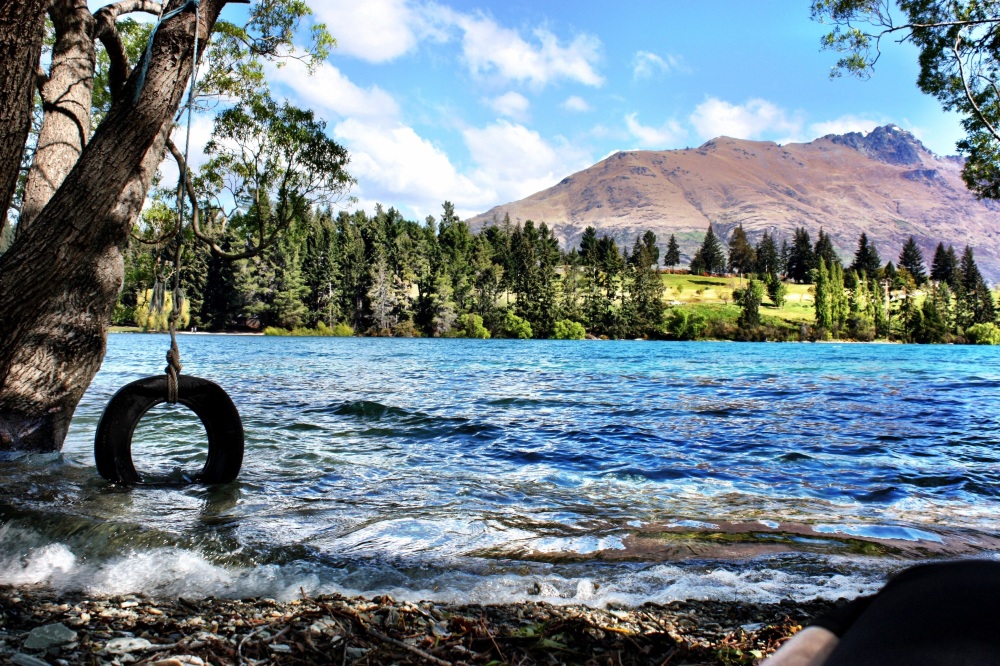 One of the most common sights in Lake Wakatipu is the TSS Earnslaw. It was built in 1912 and it is hard to miss as black smoke still billows from it, as it is the only remaining commercial passenger-carrying coal-fired steamship in the Southern Hemisphere. I have never actually been on it but I have a feeling I will feel compelled to have a Jack and Rose Titanic moment on the railings when I do go on it (I’m sorry Gerry, it’s happening). 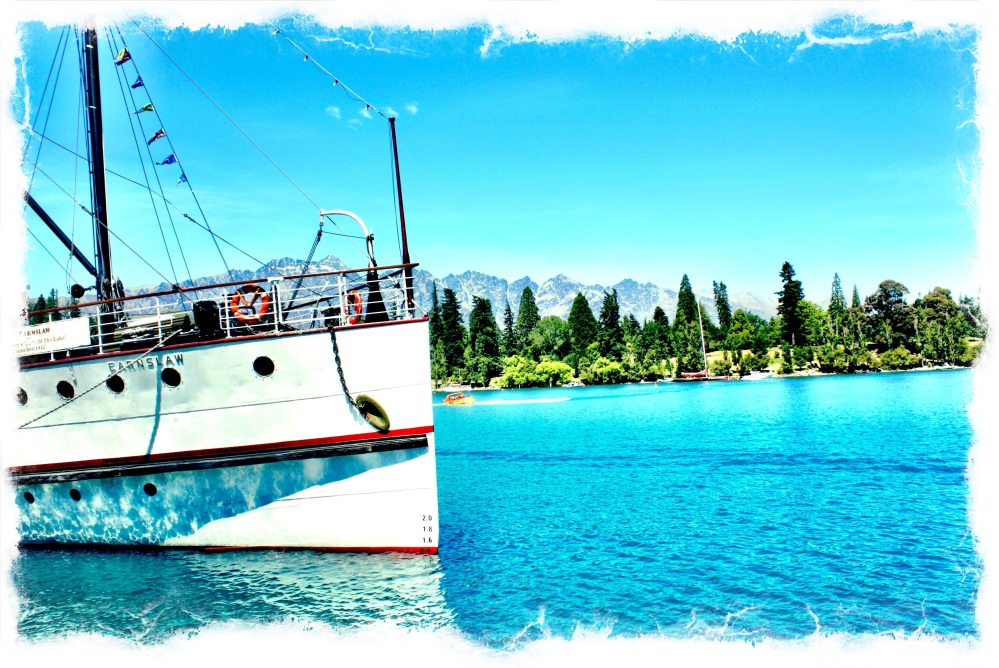 I wandered past the Earnslaw, leaving my titanic reenacting for another day, and on into Queenstown gardens. At this point I had been out walking in the hot sun for over an hour and I was starting to feel a bit loopy from the heat. I sat down on a pier and watched the water sparkle through the slots in the wood. Looking around, there are so many other people either walking or sitting by the lake by themselves, all out on a date with Queenstown itself. 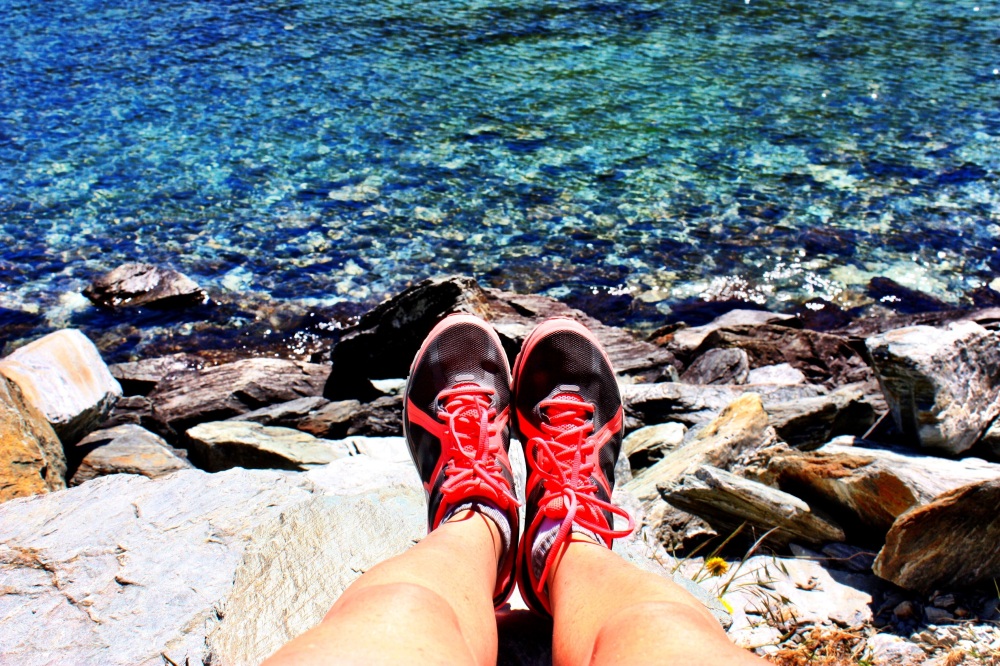 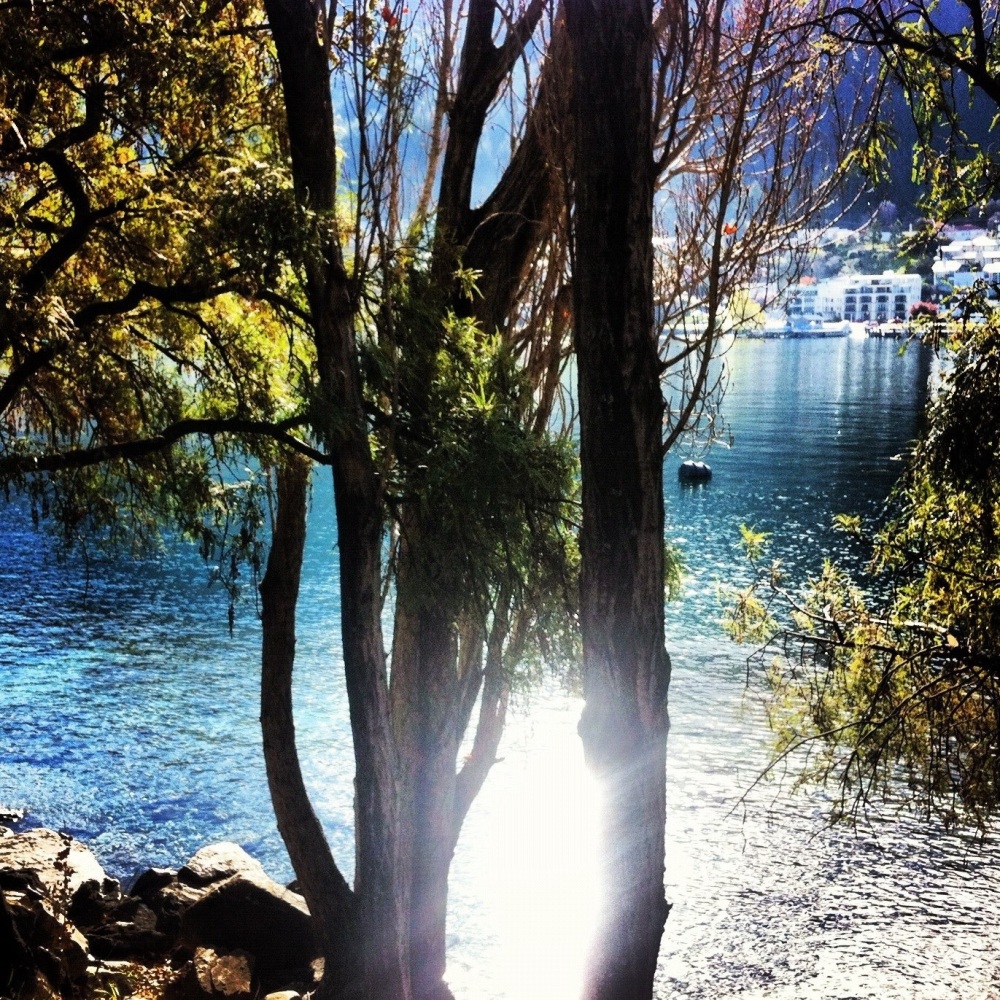 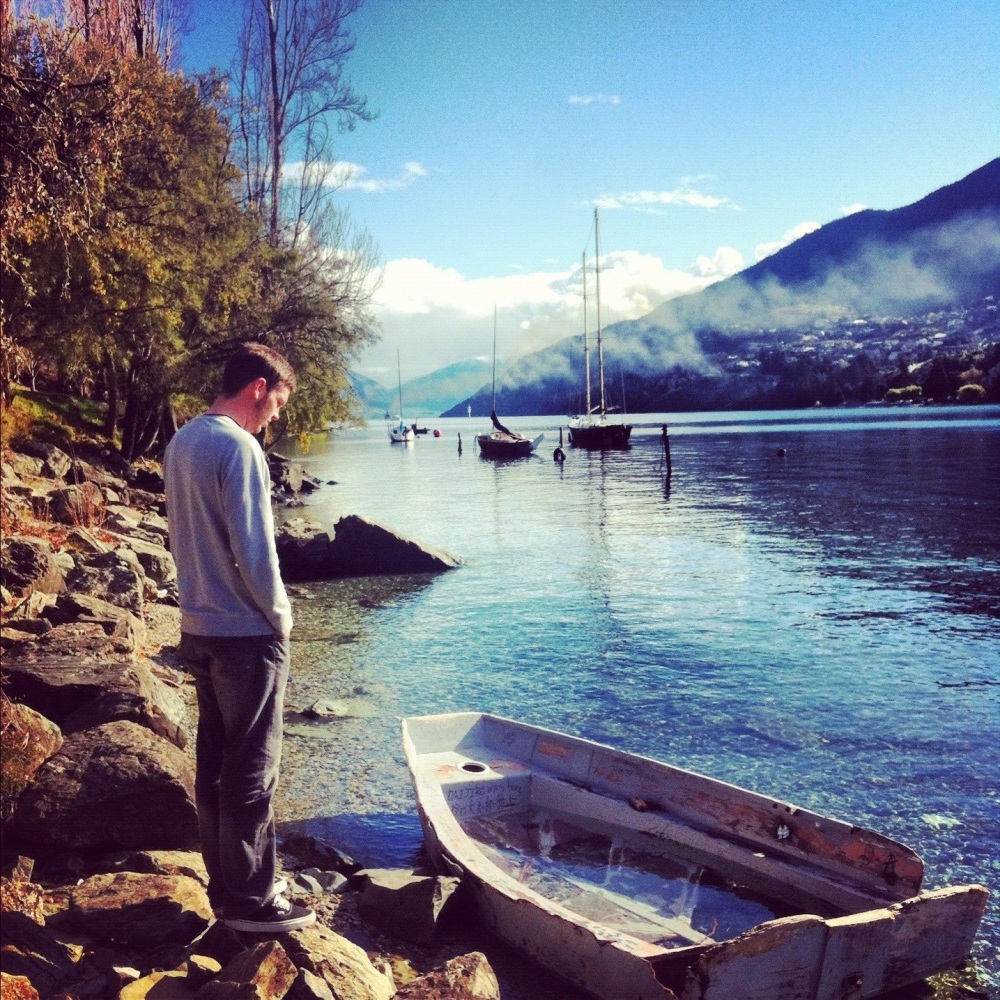 LEGEND: The legend of Maui capturing the Sun.
One day Taranga asked Maui to slow the sun to make the the day longer so more work could be done in the light. Maui and his brothers set about building a flax net to snare the sun in and waited for him to rise in the morning.
The Sun rose and was promptly trapped in the snare at which point Maui hit him on the head with his fish hook and demanded that he promise to travel more slowly, which he did. 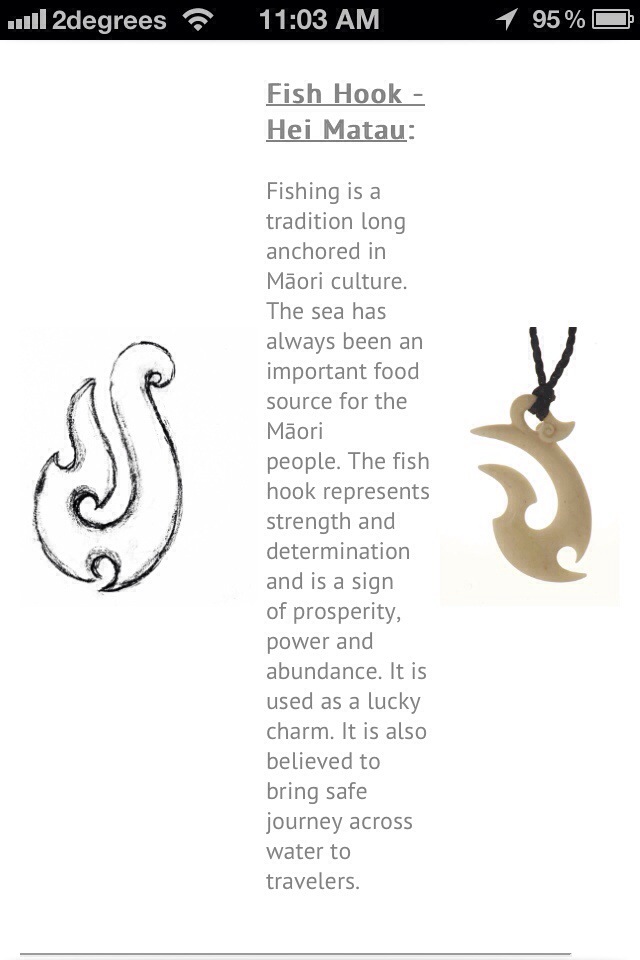 As I sat beside the lake in the sun, I started thinking about our plans for next year and how we would be leaving Queenstown for good. I decided to take a piece with me… 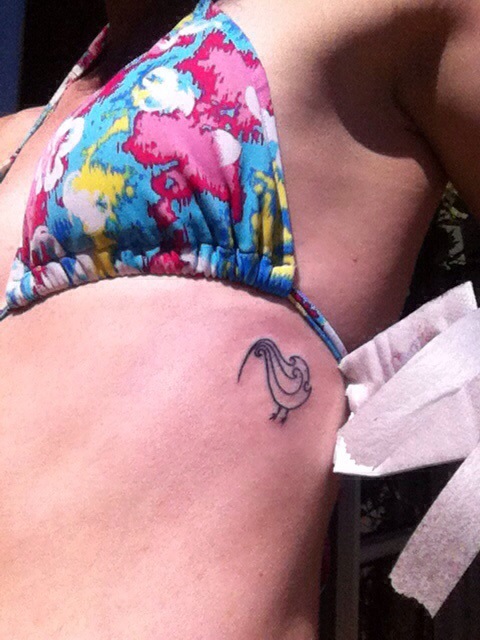 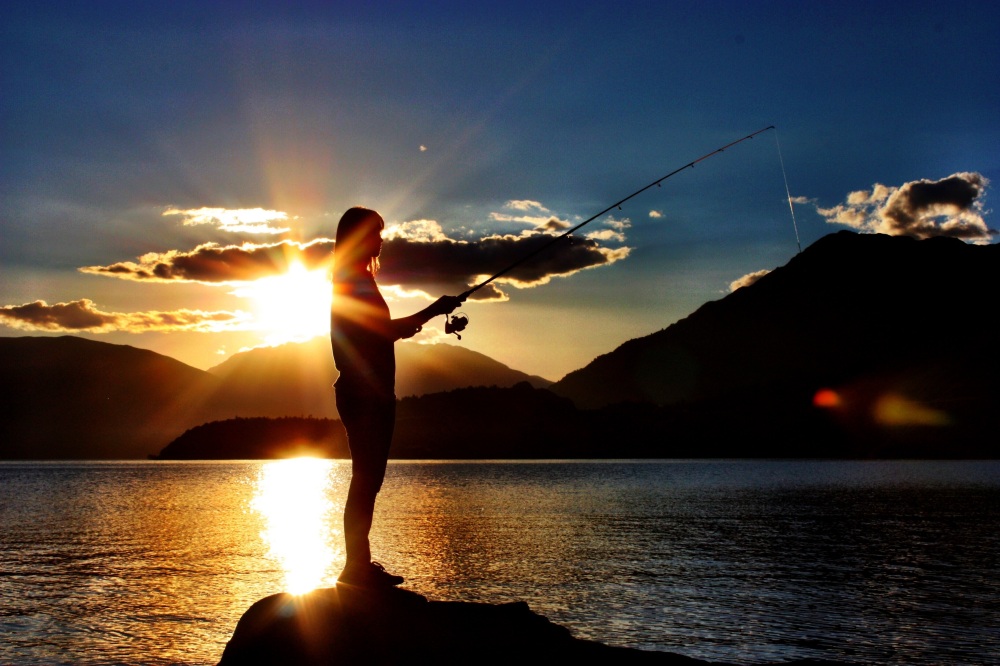 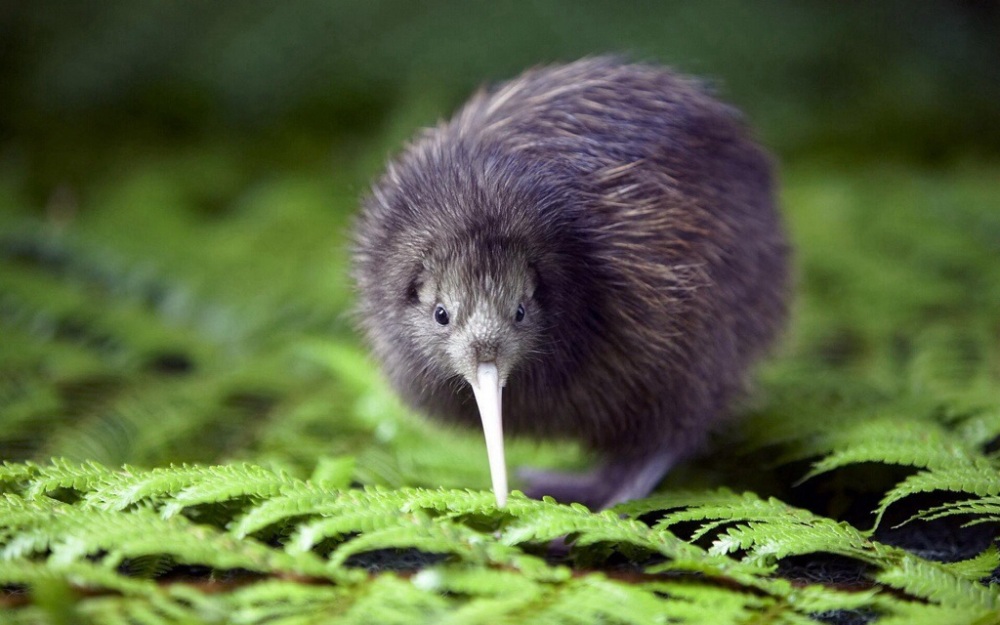 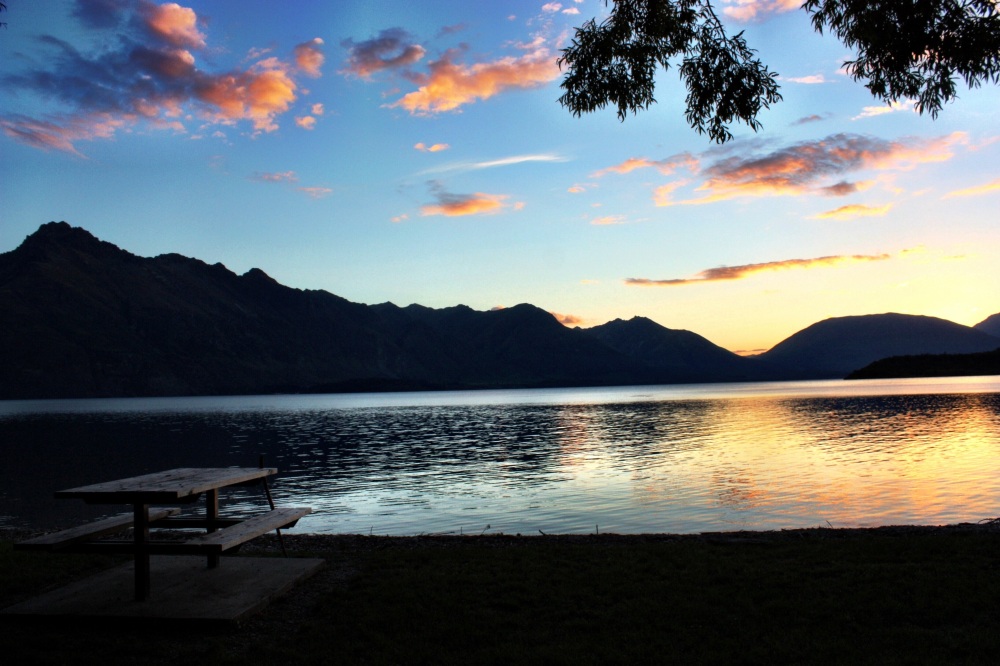 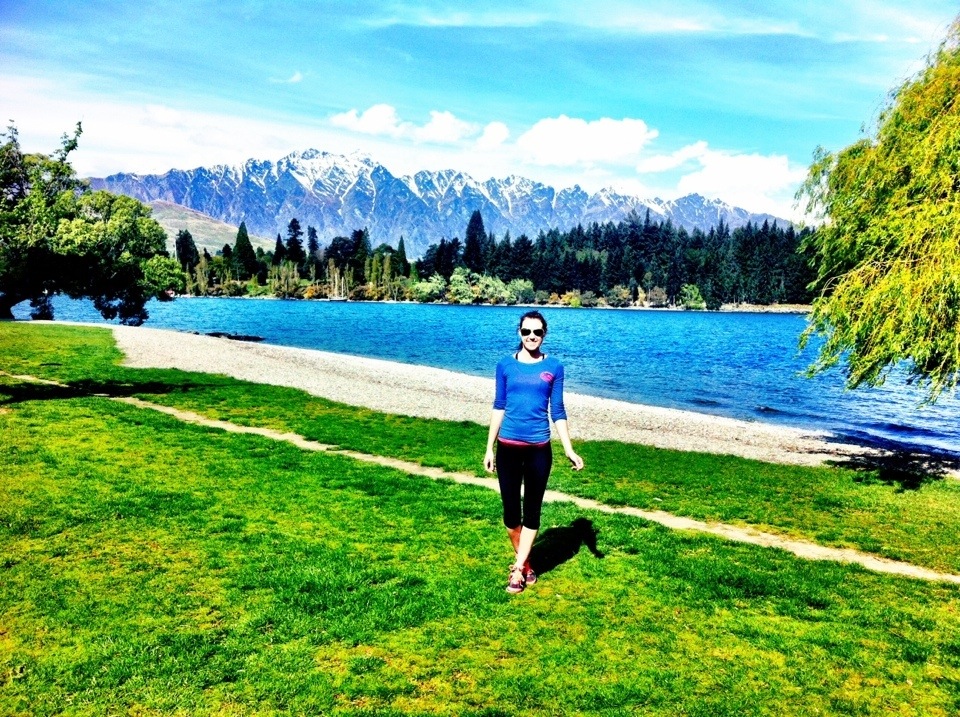 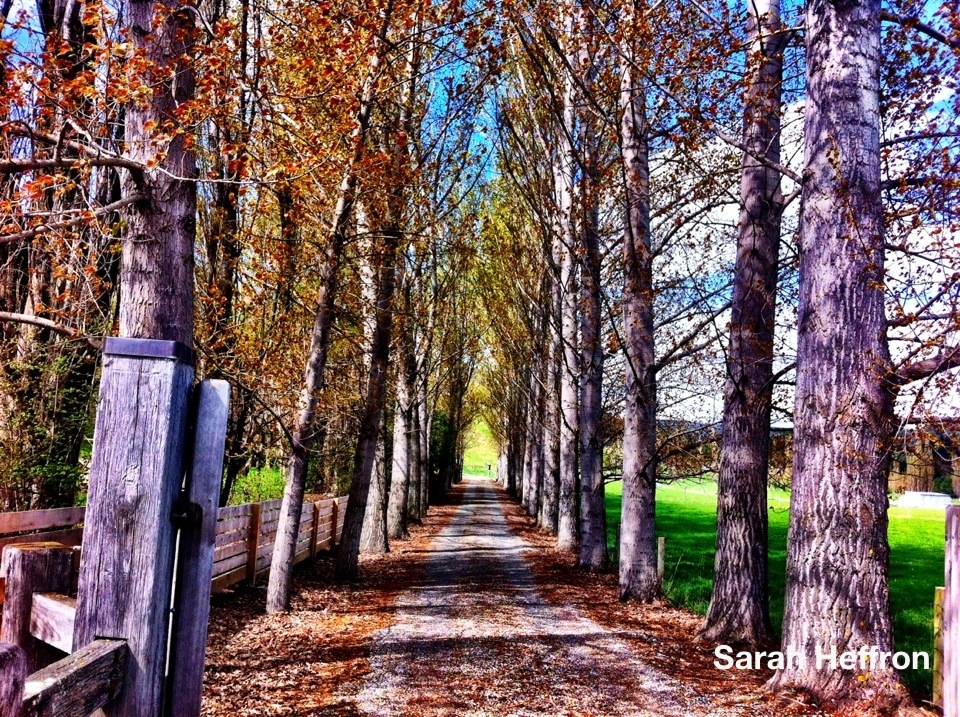 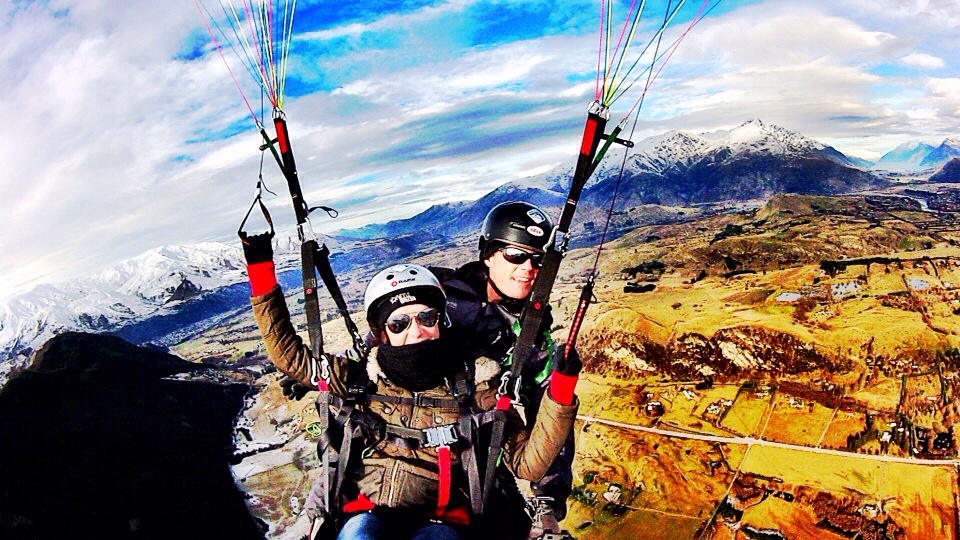 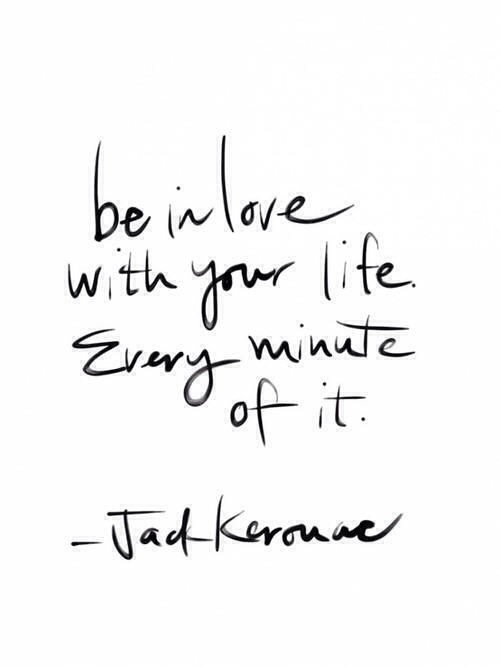